Grain Surveyors strike: The grain surveyors union (URGARA) had called out a nationwide strike as from Friday August 28th 0000 hours until Saturday August 29th 1200 hours. The Government has called for Mandatory Truce and the Union will comply with the instruction. The strike has been lifted for 15 days.

River Parana Draft/Hidrovia: Nothing indicates that the present situation will change during the short term. Estimates of the maximum sailing draft from Upriver Ports (San Lorenzo/Timbues) south are still in the order of 9.80 meters (+/- 0.30 meters). It must be pointed out that the present draft is the result of hard work that is being undertaken by Hidrovia who are working steadily to clear the shallow passes on the River Parana. As an interesting point of reference it is worth mentioning that according to their contract the obligation to maintain the draft at 34 feet 00 inches (10.36 meters) FW ceases when the River level at Rosario drops below 2.47 meters. Today the River level at Rosario stands at 0.65 meters.

Markets: Vietnam has delayed maize imports that were scheduled to load September dates back to October and November.

Argentina Sunflower seed: The forecast for the 2020/2021 sowing area has been reduced by 200 mil hectares to 1,5 million hectares. This is due to the drought that is affecting Central and Northeastern Argentina.

Discharge of Scrubbers in Argentina: A further regulation was issued today August 25th that clarifies the areas that are covered by the prohibition to discharge washing waters from scrubbers of National and Foreign vessels in Argentine waters detailed as:
*Internal Jurisdictional Waters (including River Parana, River Uruguay and River Plate)

The map below broadly shows the limits of the areas covered by the regulation which are colored light blue.

Discharge of Scrubbers in Argentina. 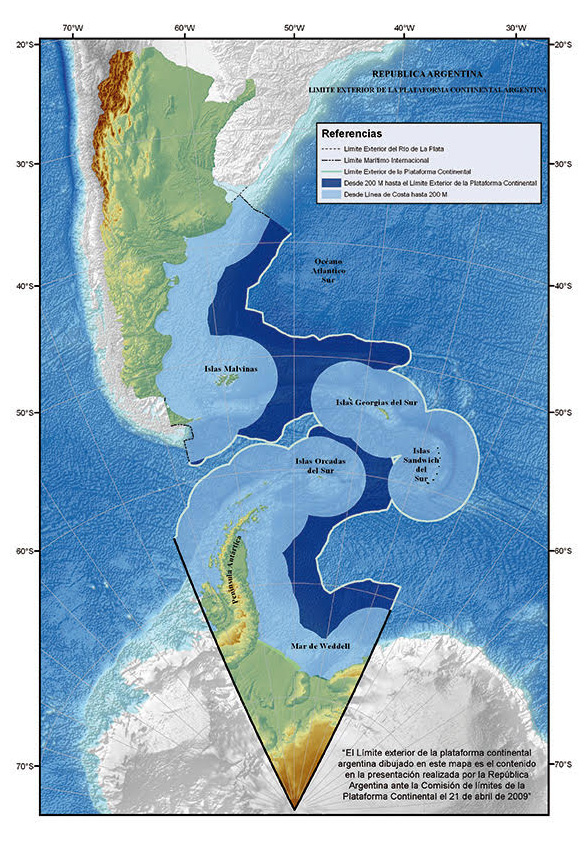 Special care will have to be taken by vessels transiting the area, especially between Recalada and the Pacific Ocean.

Arroyo Seco-Lagos/Dreyfus berths: The CoastGuard have issued a regulation, valid as from August 06th, that the maximum sailing draft for both Dreyfus berths, Dry and Liquid, is to be calculated according to the following formula: 9.20 meters Depth Plus Average River level of Rosario and Villa Constitución Minus 0.60 meters under keel clearance.
For today, August 27th it is: 9.16 meters (30 feet 00 inches FW)

Necochea: The port opened on August 21st at 0720 hours. It had been closed since August 18th at 1810 hours due to swell and high winds.

Necochea: All vessels arriving must comply with a 14 day quarantine. The 14 days are counted from the date of departure from the last port of call.