River Parana Dredging and buoying. Hidrovia: The National Government will commence collecting the tolls on the River Plate and River Parana. Previously the tolls have been paid directly to Hidrovia S.A. who performed the buoying, dredging and maintenance under concession. The Government entity which will be the “Cash box” is AGP, Administracion General de Puertos, a “residual” state entity that used to administrate the remaining dock area in the port of Buenos Aires that had not been privatized in the 1990s. The reported schedule is that there will soon be a call for tenders for a “short” one year period to continue maintenance at presents levels and then later a “long” tender when improvements to upgrade the River will be required.
Other than that there is no further news. Much speculation and rumor about tariff changes is around, but so far these are merely speculative. 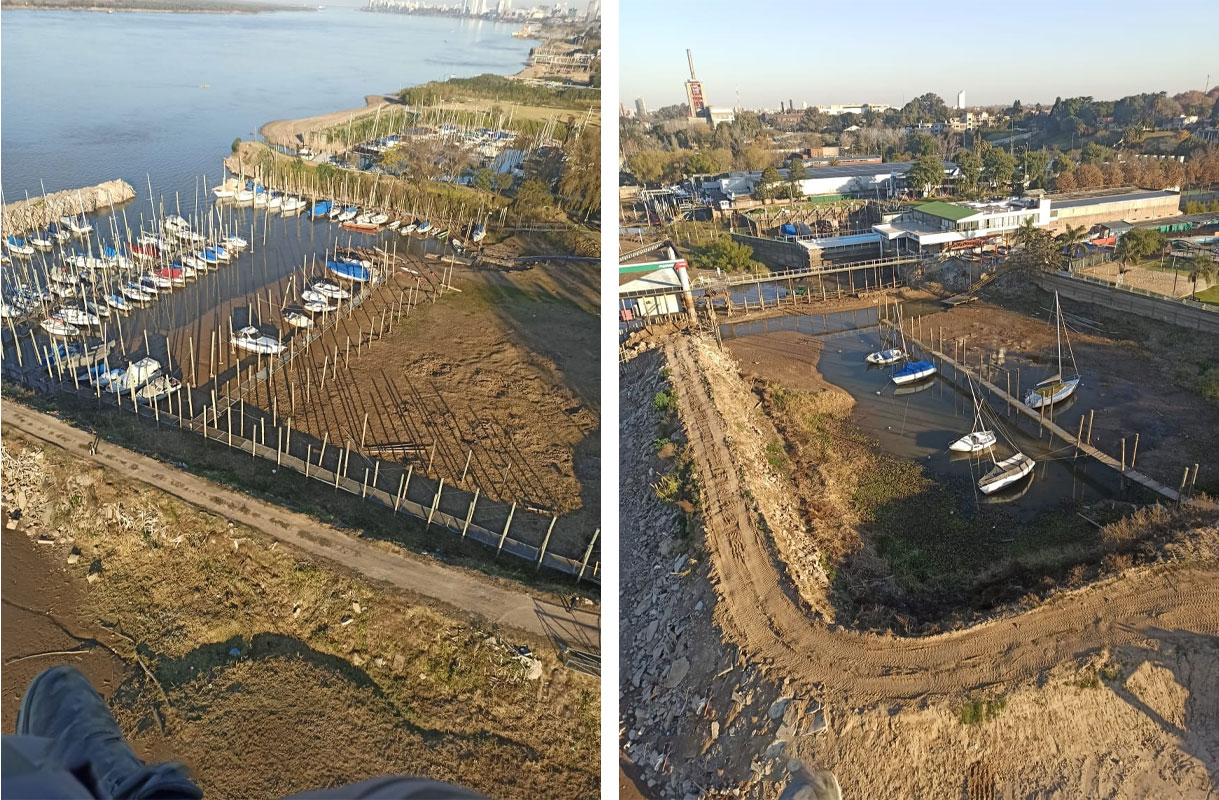 Bunkers in Argentina: Given the low level of water in the River Paraná many vessels are completing loading at Necochea and Bahia Blanca. Due to this bunker requirements at Bahia Blanca are intense and forward booking is required since the single supplier there is Trafigura. Bunker demand at Zona Comun has slacked off because of the draft limitation and also because the Customs will not allow bunkers to be lifted prior to last port in Argentina. This is because allege that bunkers sold at international export prices will be consumed for an “internal” voyage. A claim has been filed at Courts so that this be lifted by several suppliers.

LDC Gral Lagos Berths: The CoastGuard have just issued a new maximum permissible sailing draft for LDC Lagos berths, Dry and Liquid after the dredging work that took
place last week. This is published in our Daily Draft Report.

Wheat 2021/2022 Harvest: The sowing of the wheat for the 2021/2022 harvest is progressing. The Buenos Aires Grain Exchange informs that at this time 86 per cent of the forecast 6.5 million hectares have been sown. This is an increase of 5 per cent of the area compared to the previous wheat season.

Covid-19: The Government has further restricted the closure of borders in order to try and contain the entry of the new variants of Covid 19. As from Sunday 27th only 600 passengers are allowed entry per day though the single nationwide entry port, Buenos Aires International Airport at Ezeiza.

Winter weather delays: Winter weather is now affecting services at Recalada, Necochea and Bahia Blanca. Recalada pilot services are closing frequently either due to storms and winds or due to fog at the pilot boarding area. Necochea has re-opened after being closed for 48 hours. Pilot service at Bahia Blanca is suspended frequently due to bad weather.
Labor situation: Very strong labor unrest continues through out the country. The Government’s unskillful procurement of vaccines is added to strong inflation and claims by unions for wage adjustments. In order to try and contain inflation the Government tries to regulate and inevitably causes that all parties increase pressure. Various Chambers of Commerce have issued communiqués asking for all parties to seek peaceful resolution before going on strike.

LNG Carriers: With present winter weather LNG carriers are calling more frequently at Belen de Escobar in order to inject natural gas into the network. These vessels are given priority by CoastGuard River Plate Traffic Control when both in and outbound. When these vessels navigate between Recalada and Escobar, on the Mitre Canal, traffic in the opposite direction is stopped for up to six hours. This may cause delays to vessels. It is expected that in some weeks this may occur up to three times a week.

Asian Gypsy Moth Inspections in Argentina: Same as is happening in many other countries Argentina has started implementation of inspections on all vessels coming from Far East Pacific ports on account of Asian Gypsy Moth. The inspections are being performed by SENASA (National Animal and Vegetable Health Service). All vessels that have called at ports in China, Koreas, Japan and Far East Russia within the last 24 months (2 years) will have to be reported by Attending Agents to SENASA. If the vessel has called at these ports between April and October she will be inspected. If, during the inspection the vessel is found to be affected by AGM she will need to be fumigated by a certified company. Until this procedure is performed the vessel will not be allowed to sail by the CoastGuard. Inspections are usually performed while vessel is alongside and in daylight hours.

Crew changes Uruguay: On and Off signing crew are allowed entry into the country under very strict restrictions. On signers must have a prior negative Covid 19 test 72 hours prior being allowed entry. Crew members boarding are not allowed to stop at any stage between landing at the airport (Montevideo) and boarding the vessel. Once onboard the vessel they must comply with a 14 day quarantine onboard before being allowed to work. Departing crew must proceed directly from the vessel to the airport. Considering that there are at the moment few international flights these requirements make it very difficult for crew members to enter or leave the country. Additionally to this before a boarding crew member is allowed permit of entry the agreement of Sanitary Authority, Immigration and CoastGuard must be obtained.
The best way of achieving a successful crew change at Uruguay is to have the vessel do this OUTBOUND at Recalada/Montevideo anchorage when the vessel’s schedule is not bound so much by weather and port congestions