GROUNDING: The mv DINO grounded today at km 410 of the River Parana at 1750 hours. This is between Rosario and Arroyo Seco. The vessel had loaded 11,000 metric tons of soya bean meal and 16,500 metric tons of maize at Vicentin berth, San Lorenzo bound for Tema, Ghana. Despite the grounding navigation is still permitted through the area. The vessel is on 8.90 meters for and 9.49 meters aft. 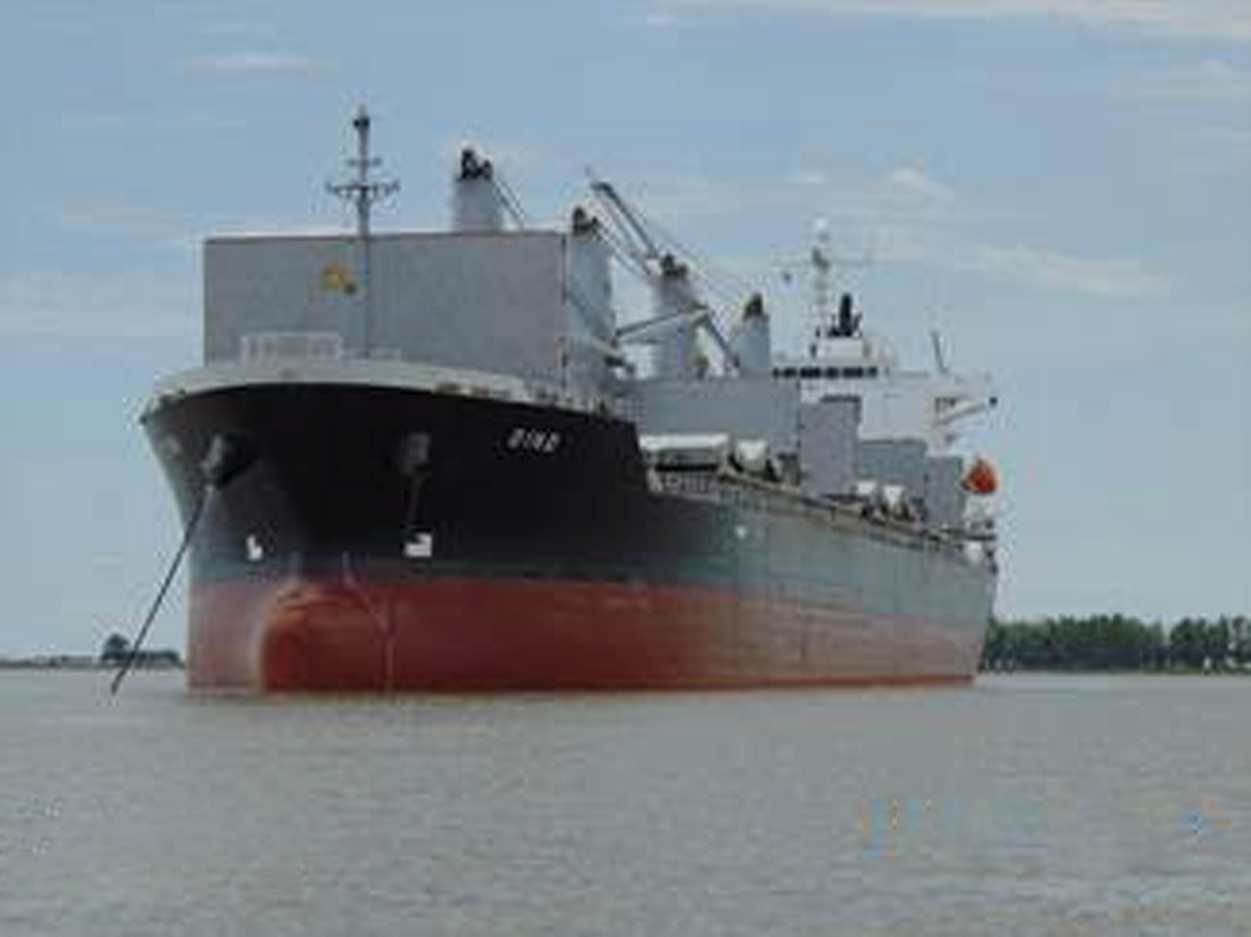 Recalada: Recalada closes often due to swell and high winds. Usual during the early winter months.

Crew disembarkation/IMO: The Sanitary Authority and local Immigration have been very reluctant for crew to disembark for medical attention. Medical staff have attended onboard with movable equipment to attend crew in need of care. IMO have called on nations where vessel’s berth to establish protocols for disembarking crew with Covid-19 symptoms and other situations and have issued a circular with recommendations.

Vicentin: Please find a link to an article in the BA Times which talks about the alleged financial mis-behavior of the share holders of the Company.

Covid-19 National Quarantine: As from July 01st and until July 17th Buenos Aires and the suburbs are being subjected to very strict quarantine.
The Province of Santa Fe has been relaxing the restrictions. This includes Arroyo Seco, Rosario, San Lorenzo and Timbues. But this means that all persons coming from City and Province of Buenos Aires will be subjected to a 14 day quarantine before being allowed to take up residence, even if it is for only one night. All towns have restricted access. Over the last few days vessels calling in the area have had to suspend or ask for extension to surveys because surveyors come from Buenos Aires.

One solution to this, although partial, is that a remote survey is carried out which allows the vessel to be granted an interim extension to be granted by Class and Flag.

*** IMPORTANT *** Recalada/Zona Comun. New procedures for arriving vessels: As from Sunday June 14th, the CoastGuard medics will not be attending at Recalada. Until then the medics would board inbound vessels at anchorage Recalada prior boarding pilots. The change is that now medics are boarding vessels at Zona Comun, but only as from 0900 hours. It means that now the preliminary inspection has added cost. Each vessel must pay a launch service for the attending medics and additionally the pilots charge an anchoring fee. This will amount to additional cost as follows:
USD 1,200.00 launch service, Monday to Friday. Saturdays, Sundays and National Holidays USD 1,680.00
plus
USD ——– Pilot’s anchoring fee calculated as follows: USD 14.00 per Fiscal Unit of the vessel. FUs are calculated basis (LOA x Beam x Molded depth)/800.

The latest instruction is that inbound vessels will sail from Recalada so as to arrive at Zona Comun approximately 0800 hours so as to be inspected during daylight hours. On the other hand most vessels arriving at Recalada with more than 14 days since last port of call are frequently allowed to proceed to load port without stoppage.

Crew changes: Crew changes in Argentina and Uruguay are not possible TODAY. The European Union has announced that flights from Uruguay will be allowed to enter when they are resumed. When this is specified and flight schedules are pre-advised we will keep you posted. For Argentina there are no formal changes yet. Some airlines are planning a return soon to schedule flights due to start rolling in as from early July. Air France being the first.