Refineries Strike: The National Union of Refineries Workers had called out a strike as from today, June 01st 0000 hours. This was a nationwide strike and petroleum oil berths and bunker supplies were to be stopped. Late this afternoon the Government called for mandatory conciliation and work has been resumed.

River Paraná Draft: The dry weather in the River Parana catchment area continues firmly as before. Similar situation to what happened at this time last year when the river water flow dropped to it’s lowest volume in 80 years. One advantage is that with last year’s experience some counter measures can be taken. Hidrovia, who still hold the dredging and buoying contract for the River Paraná and River Plate have singled out one specific dredger to be able to assist vessels in case there are groundings. This will allow a speedy response to salvage and repair of damaged navigation canals.
Hereunder the three month forecast issued by INA (National Water Institute) for River Parana levels: 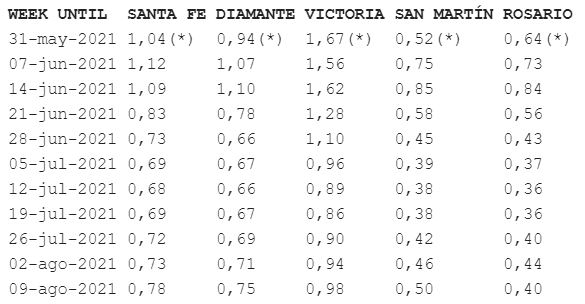 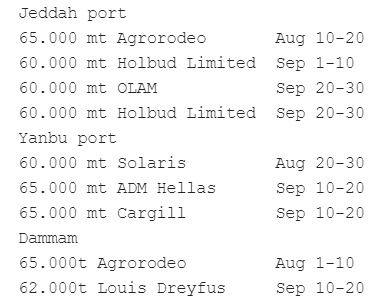