Refineries Strike: The National Union of Refineries Workers is still in a state of unrest. Strikes are possible at very short notice.

River Paraná Draft: The dry weather, now formally a drought, over the River Parana catchment area may soon cause the River Tieté/Parana inland waterway system in South Brazil to close down due to lack of water.
Please see the rain projection for the coming days on the graphs below prepared by INA (National Water Institute). 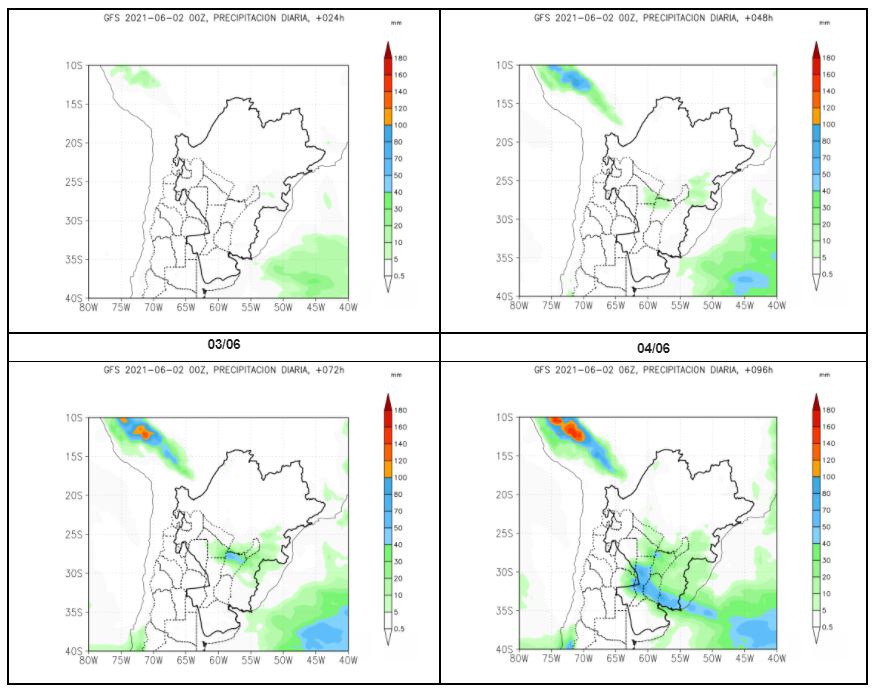