Covid-19 National Quarantine: The National Quarantine has now been extended until June 28th.
At the main ports the sanitary measures remain unchanged and attendance is well coordinated. The Ship’s Agency tasks are allowed to continue with few restrictions and strict sanitary procedures are applied. Upriver ports are working close to normal with strict sanitary enforcement.
As mentioned before Bahia Blanca and Necochea are very rigid imposing in nearly all cases a 14 day quarantine on arriving vessels. The 14 days are counted as from departure from the last port of call.

Vicentin: There has been no more formal news regarding the expropriation of the company. What we do know is that Government “overseers” arrived in Avellaneda and Reconquista (North Santa Fé) and they were chased out by the employees and local town people. 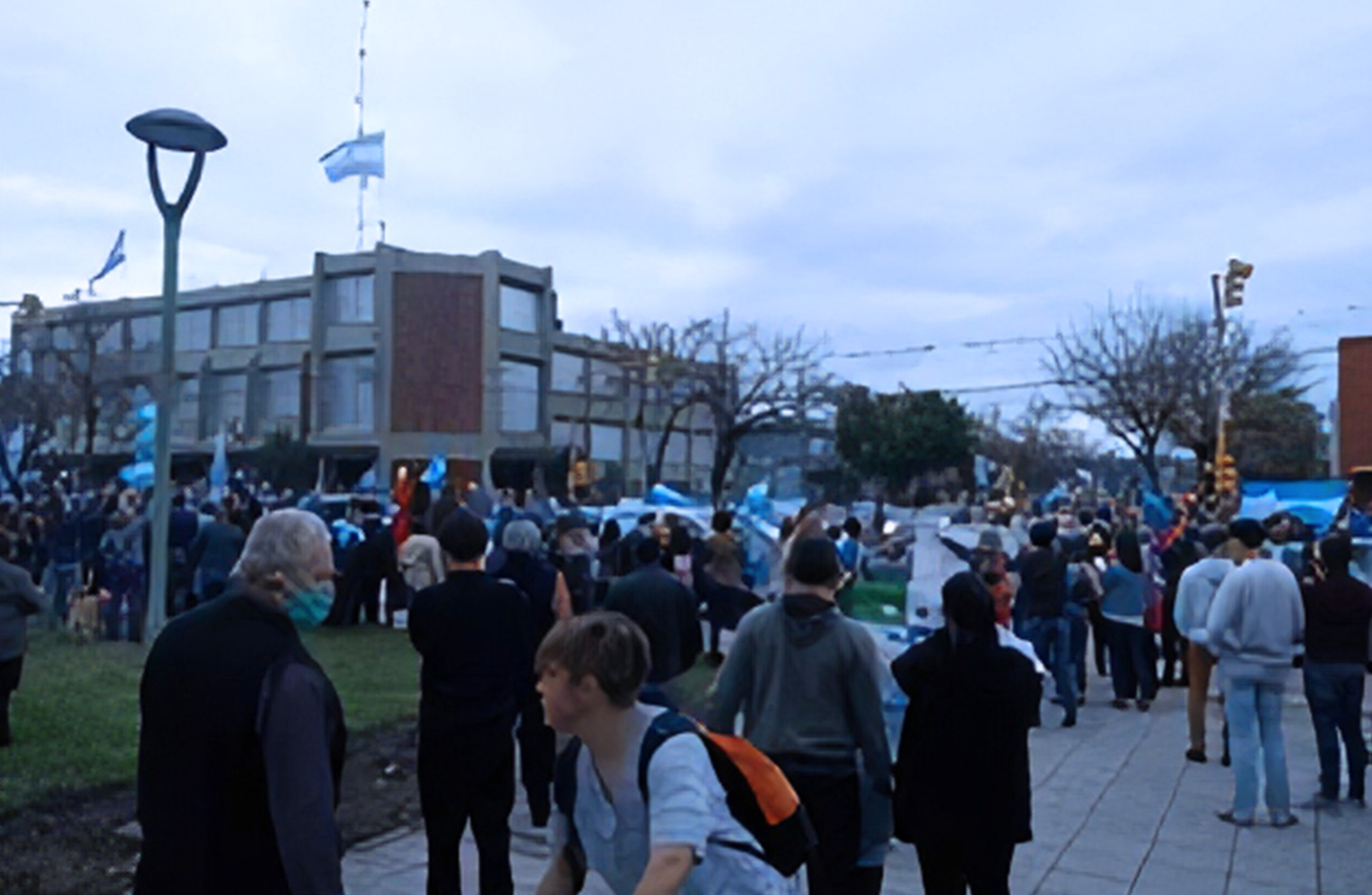 Photograph taken of Vicentin office this afternoon after the “overseers” were chased out.

Recalada, Zona Comun, and Upriver ports have been closed during morning hours due to fog for short periods.

Necochea: The port remains open. The town of Necochea remains in lockdown.