Covid-19 National Quarantine: The National Quarantine has now been extended until June 28th. The press are saying that it is to be extended to July 12th.
At the main ports the sanitary measures remain unchanged and attendance is well coordinated. The Ship’s Agency tasks are allowed to continue with few restrictions and strict sanitary procedures are applied. Upriver ports are working close to normal with strict sanitary enforcement.

Recalada. New procedures for arriving vessels: As from Sunday June 14th, the CoastGuard medics will not be attending at Recalada. Until then the medics would board inbound vessels at anchorage Recalada prior boarding pilots. The change is that now medics are now boarding vessels at Zona Comun. To this effect CoastGuard has organized inbound vessels in convoys that sail from Recalada to Zona Comun. Departure from Recalda is at approximately 0100 hours with a plan to arrive at 0900 hours. Today many vessels were delayed by following this procedure. There will most likely be extra charges from pilots due to anchoring and possible delays if there are too many vessels at the anchorage. Will keep you posted.

San Nicolas: The dredging of the north side of the New Port berth has been completed. Soonest the new soundings are completed we will report back. Nevertheless, the maximum draft will not improve because this is maintenance work and the entrance to the port has already been cleared.

Vicentin: The conflict follows on. Now the owners, who filed for the local equivalent of Chapter 11 will challenge the Government’s proposed expropriation in Court. It is also worth noting that the expropriation requires a law to be passed by Congress, two houses, and that has yet to start.

River Parana draft: There have been rains in the higher (South Brazil) catchment area of the River Parana. It will take a great deal more to enable a sustained recovery. For the time being the analysts maintain the forecast for a return to normal draft as from early September, southern hemisphere spring. 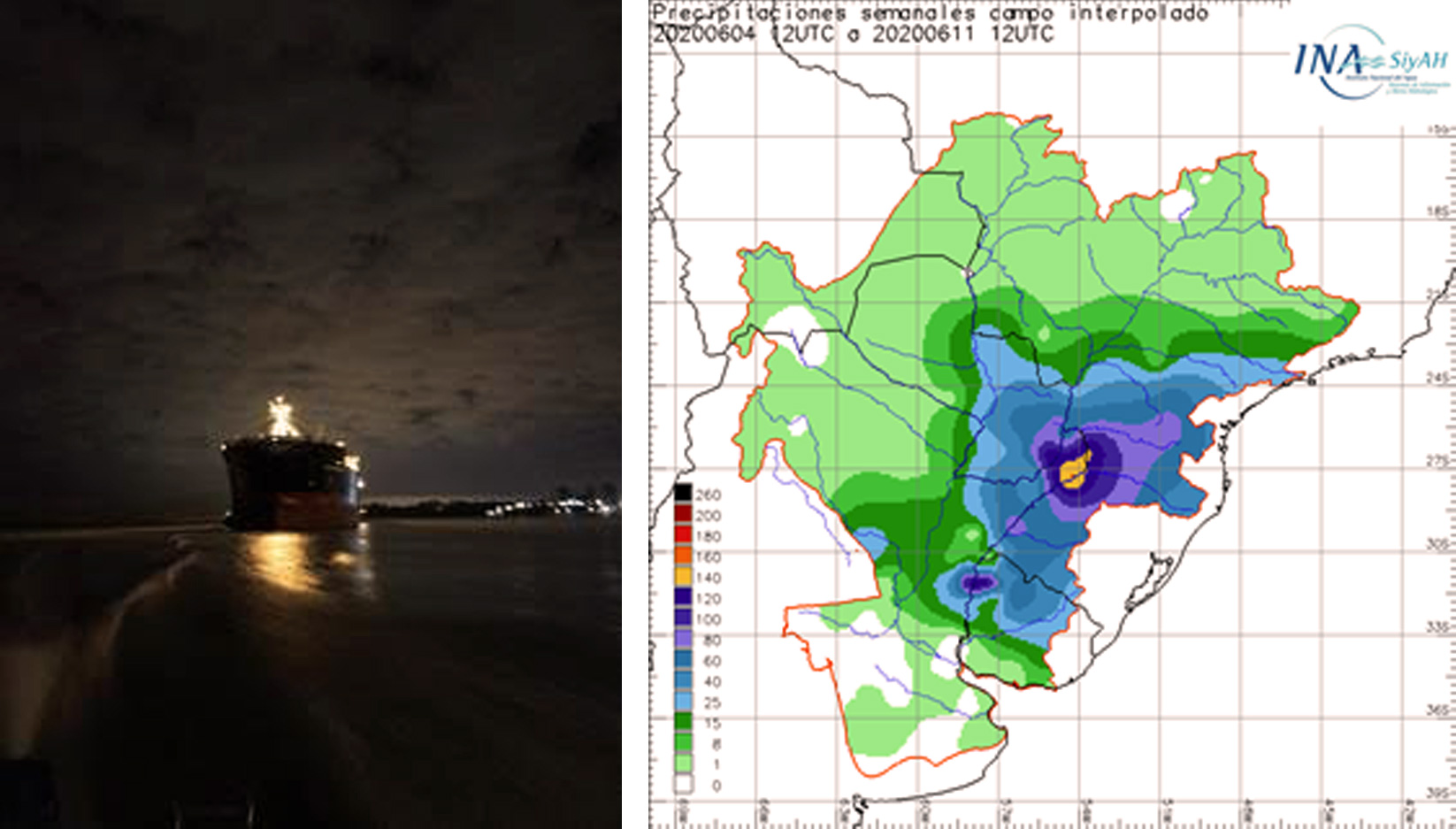