Grain and Markets from Argentina

We attach the River Paraná long term forecast. A small surge is expected towards the end of March. Nevertheless, the drought in the River Parana catchment areas remains firm and there are no short-term prospects of any change. Rain is still scarce. 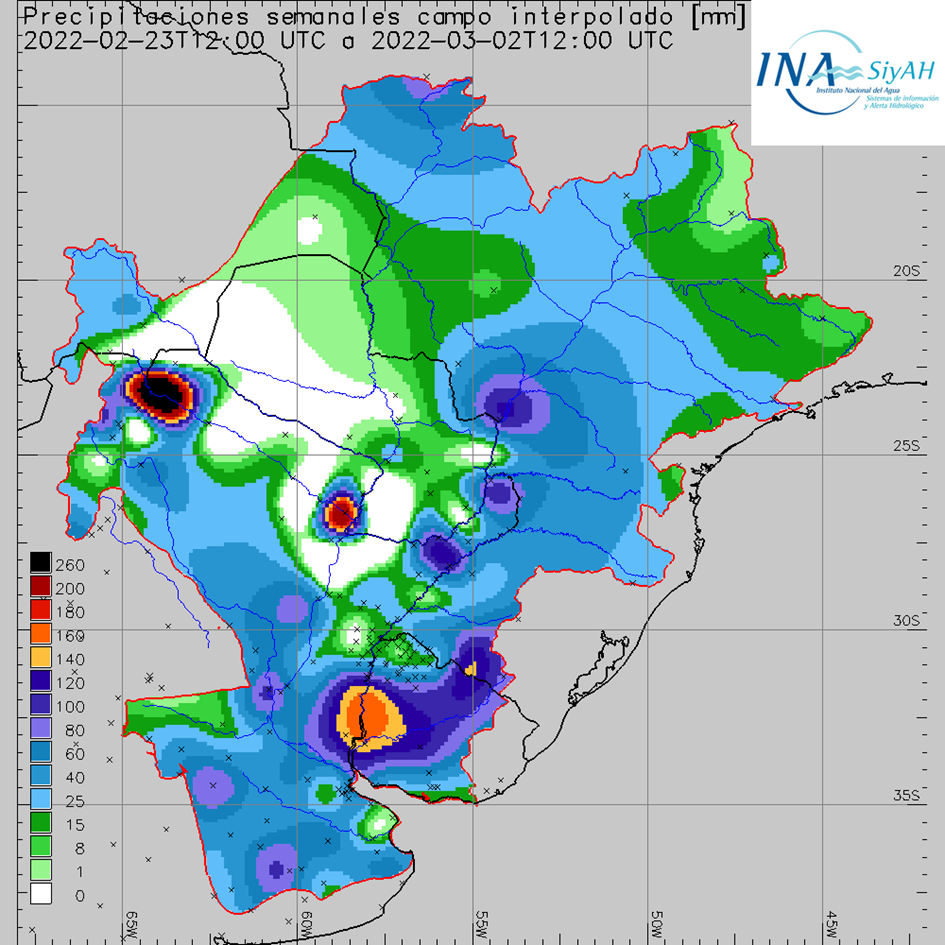 Grain and Markets from Argentina:

Markets are still settling down to the circumstances brought upon by the hostilities in the Black Sea area. There are market expectations for Argentine wheat being a replacement for North African buyers that have in some cases already agreed purchases from Black Sea origin but are not yet shipped. Also, in the longer term where sanctions and infrastructure damage will significantly reduce output if ports are accessible. Much expectation but still very early days given a very changed picture since the previous week.

On a more local outlook the drought that affects the River Parana has reduced the forecast for the coming harvest of HSS. Soya crushing is now forecast to be 39.4 million tons over 2022/2023. During 2021/2022 the crushed soya beans were 41.2 million tons. This includes imported soya beans from Paraguay which has had it’s harvest forecast diminished to one (1) million tons.

The stevedore union in Bahia Blanca continues protests by stopping work for one hour each shift. The stevedores are wanting a wage increase and a bonus to be paid for work during Covid-19 pandemic.

Tugboat crews in Bahia Blanca are working on a similar pattern to Necochea. That is a 12-hour shift commencing with the first service of the day.

The bunker supply situation is tight. The PAE refining plant at Campana is closed for scheduled maintenance and will not renew its usual production flow until end-March. Heavy fuels (VLSFO) are in very low supply. This refinery supplies approximately 20 to 25 per cent of the market demand.