A strike has been called out for March 25th at 00:00 hours until noontime Saturday 26th. The strike is organized by many unions that work in the port. Ocean going vessels will be affected by this stoppage because both stevedores and tug boat crews are joining. Please also consider, that as per above, Thursday 24th is a National Holiday. The strike is related to a series of disputes, mainly wage related.

Attached please find the updated long term forecast based on data supplied by INA (National Water Institute). At the present time we are in the middle of a surge that is maintaining a good volume of water in the river and a minimal improvement in the River draft. The longer term forecast is for a gradual improvement in the water level, but always within the very low draft levels we have been enduring during the last three years. Rainfall in the catchment area is still very short. Please see the updated weather map below. 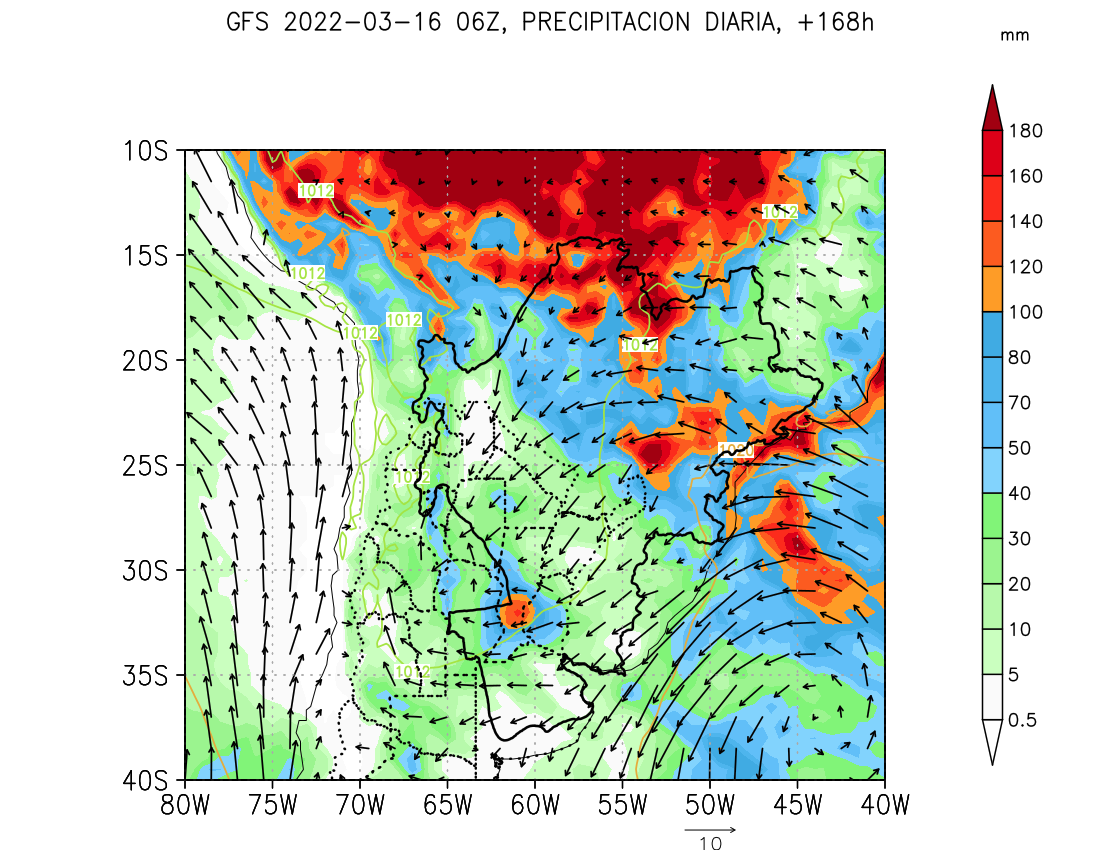 According to reports from the World Bank, Middle East and North African countries will be forced to purchase wheat from sources alternative to Russia and Ukraine due to the hostilities in the Black Sea area. Exports will be limited by the war condition and the blockage of ports in the area. The alternative origins are expected to be along EC South America. Another bulk cargo affected will be fertilizers. The principal exporters, again Russia and Ukraine will see their activity curtailed by the hostilities in the area.

Solaris, formerly a trader of Russian wheat will now commence activity from Argentina and Australia so to cover market commitments.

The bunker supply situation remains tight. The PAE refining plant at Campana is closed for scheduled maintenance and will not renew its usual production flow until end-March. Heavy fuels (VLSFO) are in very low supply. This refinery supplies approximately 20 to 25 per cent of the market demand. Add this to present very high bunker prices brought on by hostilities in the Black Sea area.