The strike in Bahia Blanca is confirmed. Because of this most of the port unions will stop work as from 00:00 hours Friday 25th until noon Saturday 26th. Stevedores and tug crews are part of the strike so ocean going vessels will not be able to load or discharge.

Latest forecast issued by INA (National Water Institute) shows a continued surge of the water level in the River Parana that is expected to last into mid-April. After that the level will regress to an average draft of 9.00 meters. Once this is over the level will increase gradually due to heavier rain fall in the River Parana catchment area. Rainfall remains at very low levels brought on by the “La Niña” in the Pacific ocean. This weather exception has been prevalent for the last three years. 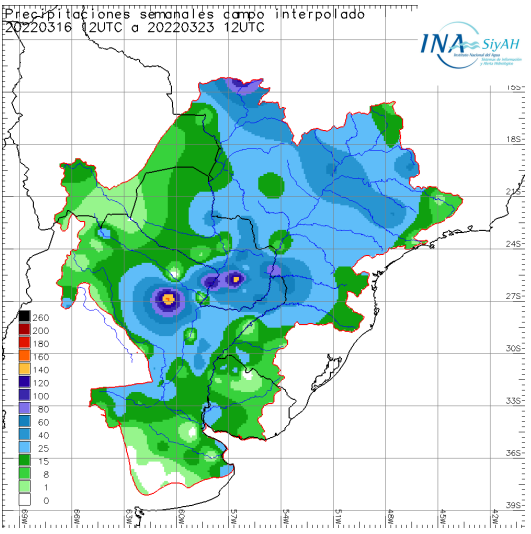 The European Union has authorized maize imports from Argentina. This is due to the supply restrictions brought on by hostilities in the Black Sea area. Ports in the Mediterranean are indicated to be the principal destination.

Harvest of the soya is underway. Total expectation is for 42 million tons according to the Rosario Exchange.

Sunflowerseed is also being actively harvested. The forecast for this harvest is 3.3 millions.

Egypt has purchased 100,000 tons of soyaoil in one contract. The origin is not yet known. It will not be Ukraine or Russia.

A noisy debate is underway with ecologists in the Atlantic region regarding off shore exploration in front of the city of Mar del Plata (307 km off-shore). Areas for initial survey have been awarded to YPF, Equinox and Shell. This is one of the few items that is shared by Government and Opposition parties so it stands a better than even chance of going ahead. Bases for the off-shore support can be at either Bahia Blanca or Mar del Plata.

The bunker supplies at Zona Comun remain restricted. The PAE refining plant at Campana is extending it’s closure for a further week for scheduled maintenance and will not renew its usual production flow until mid-April. Heavy fuels (VLSFO) remain in very low supply. This refinery supplies approximately 20 to 25 per cent of the market demand. Crude remain volatile due to hostilities in the Black Sea area and local bunker prices accompany that trend.

At this time the only place that can used for boarding crew is Ushuaia. This port is considered a “safe corridor” and the regulations have been designed principally for the cruise ships that may call.