Covid-19. Further restrictions: Due to the surge of Covid 19 contagion the National Government has announced strict restriction of movements as from last Friday 21st. Movement will be limited to “essential personnel” only. All social events are cancelled, bars and restaurants will have to close until early June. Maritime Industry will be excepted so no delays, due to this, are expected.

Covid Strike: As advised previously. Starting from 0000 hrs of May 26th Argentine Seamen’s unions are going on strike for a 48 hour period. Return to work is to be Friday 28th 0000 hours. All ports will be affected where tugboats and mooring gangs are needed. Dredgers, bunker barges and Argentine flag vessel will also stop work. The reason for this strike is that they are asking to be considered “priority” workers and to be vaccinated soonest. The decision to satisfy their request is up to the Government who has a monopoly on Covid-19 vaccines. So far no reply has been given to the strikers. 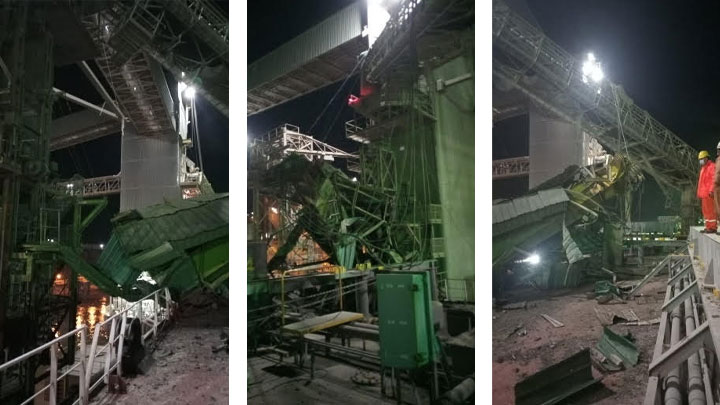 River Parana Draft: The shortage of rain in the River Parana catchment area continues. In the meantime Hidrovia, despite strikes, is endeavoring to perform dredging in order that the situation does not worsen.
Please see below the forecast of River Parana levels prepared by INA (National Water Institute) for the next three months.

River Parana Draft: The draft situation on the Parana is now worsening and some forecasts are that it will be worse than 2020. The absolute lack of rain is causing strong concern in all the River Parana catchment area. Brazil is expecting shortage of electricity because of the lack of water in the dams Upriver.