Wheat-Argentina/Brazil trade: Now, the Argentine Government will be issuing guarantees that the GMO wheat will not be sold as “normal” wheat and that all wheat of the variant harvested will be identified and separated in specific locations so it will not mix in with classical wheat.

Soyabean oil: The market has reported strong bookings of export licenses for soyabean oil from Argentina. This is interpreted as a consequence of India reducing import taxes significantly over the last days. Sales and consequently shipment dates are not reported but one source put the “booked” quantity at close to 350 thousand tons.

Necochea: Necochea no longer requires arriving vessels to comply with a 14 day quarantine. This brings the port back into line with the rest of the country.

Crew changes in Argentina: The Government has announced that crew changes are to be allowed starting October 20th. Details have not yet been specified. Soonest this is available we shall report.

River Parana draft: A small “surge” of water is coming down the River Parana and is expected to produce an increase that may amount to an improvement of between 0.50 and 1 meter in the draft at Upriver ports (San Lorenzo and Rosario).

Please see the map below: 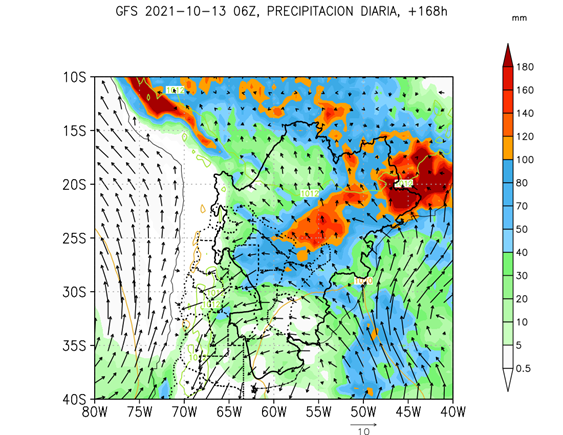 Bahia Blanca – Tug service: Tug boats are now working for 12 hours per day, every day. The 12 hour work period will be counted as from the first service of the day. After this period is finished there will be no further services during the next 12 hours. Necochea has been applying this procedure for the last few years. This is due to a wage dispute between crews and tug boat owners.

Scrubbers. The restriction to use open-loop scrubbers was regulated/prohibited on Aug 2020 (Disp 15/2020), but shortly afterward the application of this regulation was ‘suspended’ by the authority (Disp 20/2020). Therefore, at present time no specific regulation/restriction applies regarding the use of scrubbers in Argentina waterways, at least, until further notice. Besides scrubbers, any other wash water discharge is strictly forbidden in riverway and seaports and to be carried out as per MARPOL Annex V.

Crew changes made at previous port/s 14 days prior arrival in Argentine ports: Besides many other documents and certificates, these below are of special concern: